In August I signed Mady up for a dance class with her cousin, Claire. We went out and got a little dance outfit and ballet shoes. She was so excited (even though I don't think she had any idea what going to a dance class would mean!). 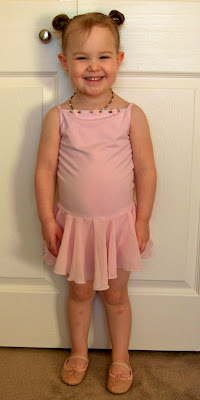 For weeks she begged me to go and had a hard time understanding that it wasn't going to start until the end of September. 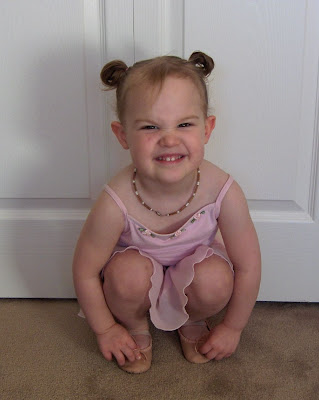 She was almost giddy while putting on her dance outfit. For the kid that can move slower than molasses in January, I have never seen her get dressed so fast!

And then we had time to kill. So she danced around my living room until it was time to go. 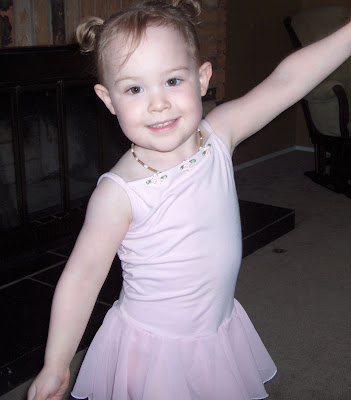 She and Claire waited quietly in the hallway while the previous session ended. I think they were both excited and a little nervous (and maybe a little overwhelmed by the number of people there since there were parents for both their session and the previous one in the tiny little hallway). 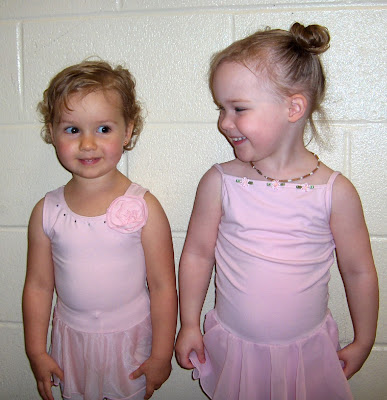 They stuck to each other like glue. It was quite funny to watch. They always had to be beside each other and sometimes in moving across the room they would lose each other and then other girls would line up on either side, leaving no space for the slower one. So then whoever wasn't as fast wouldn't know what to do and instead of just finding somewhere else along the wall to stand, would just stand right in front of her cousin.

Usually this confusion resulted in them missing the next set of instructions so once again they were last in doing whatever they were supposed to. It was super cute. Claire is the youngest in the class and Mady is a perfectionist who wants to be sure she's doing something correctly before she even tries so they both did a lot of watching before attempting, so these factors added to their lagging. But they were all smiles when they came out and had lots of fun.

And they only wanted to hold hands with each other. I kind of felt bad for the little girl who was trying to befriend Mady (who was busy encouraging Claire) and got totally shunned. We will have to work on kind ways to say no. 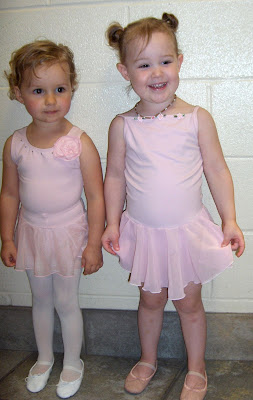 We get to sit in on the last class in December and take pictures so that's why there aren't any of the class in session.  I wish there was a way to show you videos of the whole thing because it's stinkin' hilarious. If ever you get a chance to watch 3 and 4 year old beginners in a class, do it. It'll make your day. 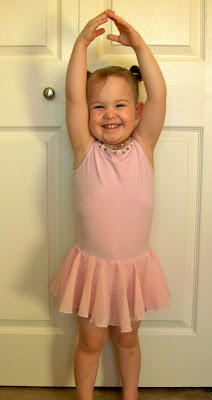 Mady has been acting out "dance class" ever since Saturday. And then yesterday she threw in some worship leading from church (complete with the CD not working which made me just bust a gut because that happens all. the. time.). I think she's going to be quite the little leader some day.

Email ThisBlogThis!Share to TwitterShare to FacebookShare to Pinterest
Labels: My kids