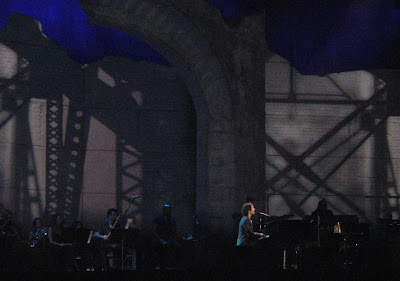 Last week my sister came to visit with her two kids and we went to a Josh Groban concert.


Going to a Josh Groban concert is a big deal. You need to understand what that means. 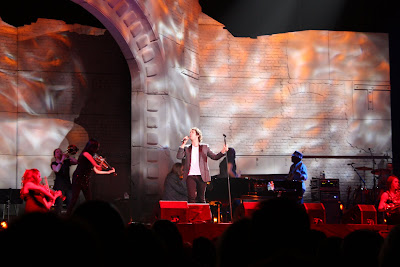 When I was in college I LOVED him. What's not to love about a curly mop of hair and a crooning voice. I know, right? Well, the plan was that I was going to marry him, but can you believe it? He never called me! I don't understand it. 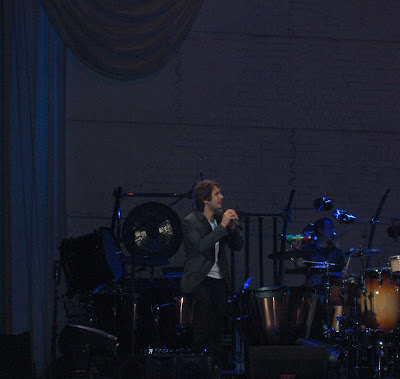 Instead a violin player called and won my heart heart instead. But he never puts on concerts in my living room, so when Josh comes to town, I always go see him.  Ha! 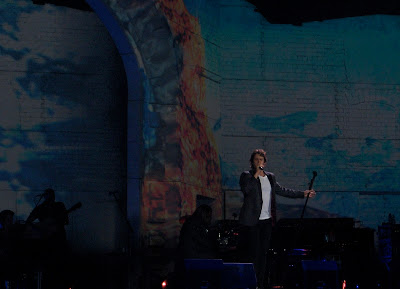 We had floor seats (row 13) which gave us a great view and he even came out into the audience right beside us. Sadly for me he stopped a few rows back and took my friend Cherie from college UP ON STAGE where he served her wine and sang to her. I'm so jealous! She even got to meet him back stage afterwards.  Not. Fair. I swear the guy is avoiding me. I'm not a crazy stalker, I promise.

The concert was my favourite of the three of his that I have seen. He's a funny guy and was super comfortable on stage (can't say the same about the first time I saw him).
Oh and his opening act was ELEW, who was on America's Got Talent. He's got some mad piano skills. And thighs of steel because he doesn't sit on the bench. Jen and I decided that we were no longer going to practice while sitting and hope that it would work as a new exercise regimen.

We had so much fun that we walked out without me remembering to stop and get a mug for my collection. Silly me, what was I thinking??... I'll tell you what I was thinking. "Cherie gets to MEET him! Gah!"

This is the closest we got. See? Me and Josh! Mine is blurry because the people beside us, behind us and in front of us were all looking at us like we were crazy so we didn't take a second one. 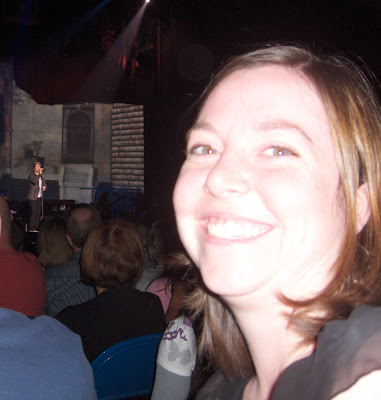 Oh and I must include a picture of his amazing band. Seriously, they are incredible. This isn't all of them, but he travels with symphonic instruments too. The horn players were my favourite. You could tell they were having SO much fun! 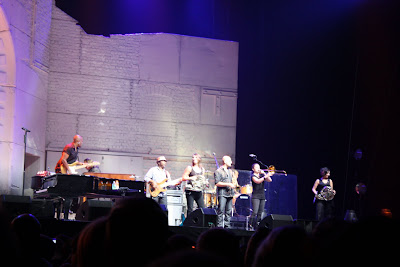 Josh, I know you don't have back up singers, but I'm telling you, I could sound like the entire gospel choir you don't travel with if you needed me to... CALL ME!

Email ThisBlogThis!Share to TwitterShare to FacebookShare to Pinterest
Labels: Crazy Me