This past weekend I hosted my 8 year old nephew's birthday party. 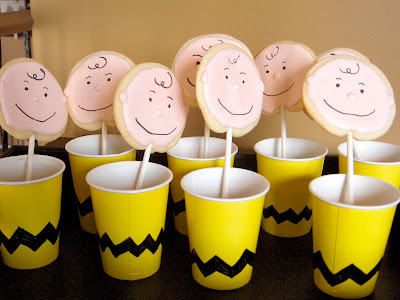 I chose a Sunday Comics theme because my sister had the idea and I needed a kid in that age range to use all my ideas on. Ha! Just kidding. Sort of. Also because I had great memories of reading the comics every week when I was 8.

For decor, I went with black, white and red (read! Get it??). I made a Happy Birthday Banner on my silhouette and a comic font I found on Dafont. 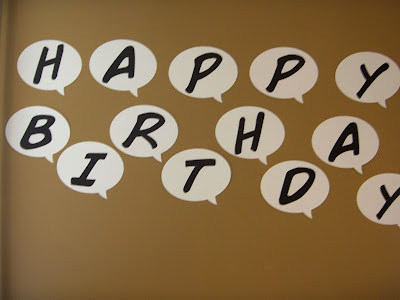 Then I hung comic strips and streamers around to kind of set the tone for the party. 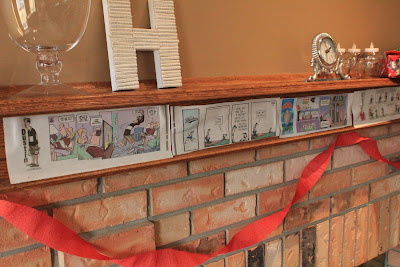 When the kids arrived I had them making newspaper hats. 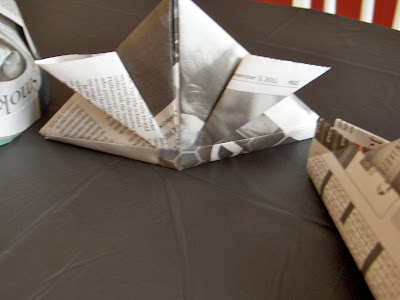 Some of them (um, most of them) had some trouble following the directions, but in the end they did all get a hat. 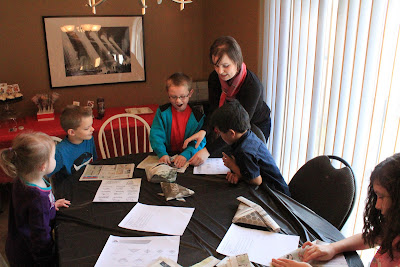 Some ended up quite small, so they didn't actually wear them for long, but whatever. 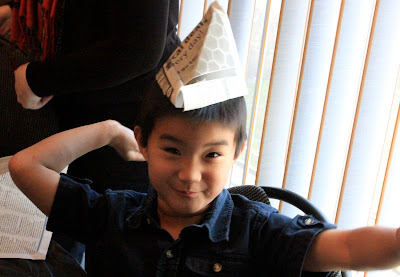 Next, inspired by Calvin and Hobbes and his crazy Snowman dioramas, I gave them both regular and mini marshmallows and toothpicks. I showed them some of the Calvin comic strips for inspiration and let them have at it. 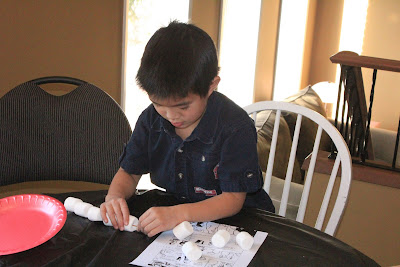 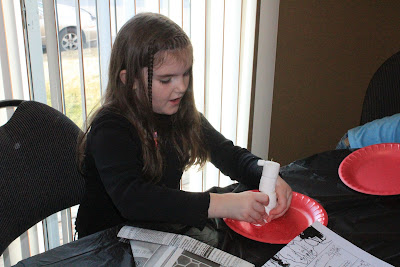 Some of them got pretty creative! 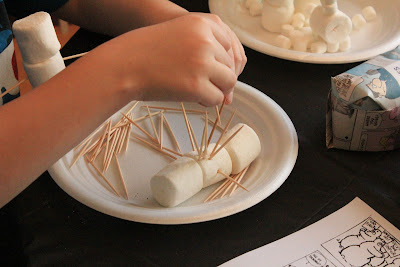 The next game I had them do was Pass the Present. 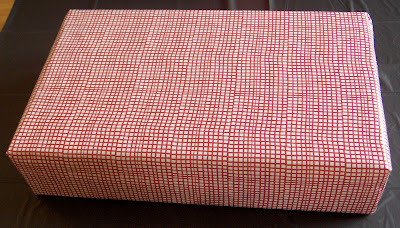 I wrapped a Calvin and Hobbes (Lazy Sunday!) book in 20 layers of wrapping paper, newspaper and boxes. 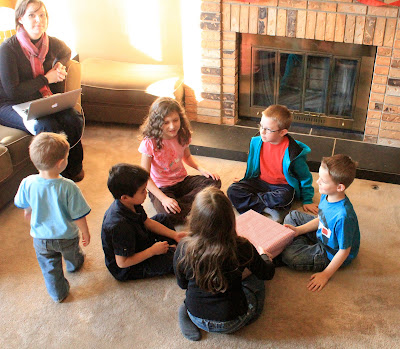 It was fun to hear the kids squeal in agony when there was STILL another layer. For music during the game I played the Peanuts theme and the Coaster's song Charlie Brown. 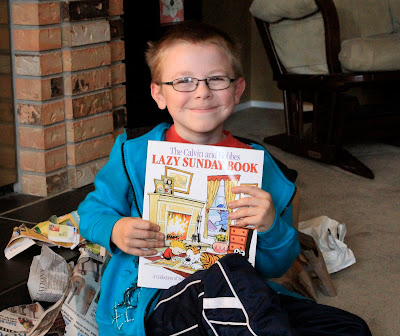 After the games we ate food. I made cupcakes in Snoopy cupcake liners, but chocolate cake and blue liners mean the pictures kind of disappear, so you can't really see it below. I inserted comic characters into the cupcakes. 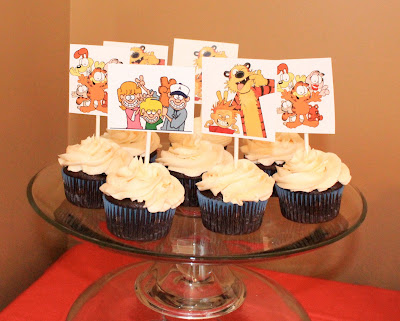 I put together a Sunday Comics Sundae bar. There was Blondies, Animal Crackers, (chocolate covered) Peanuts, and Gummi Bears. I had to cheat on the gummy bears picture because the comic strip that was called gummi bears didn't have any pictures anywhere. 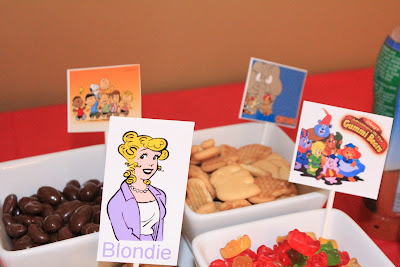 If you've ever watched 8 year olds put together their own Sundae I'm sure you can imagine the sugar buzz that followed. I don't think a single one of them finished! 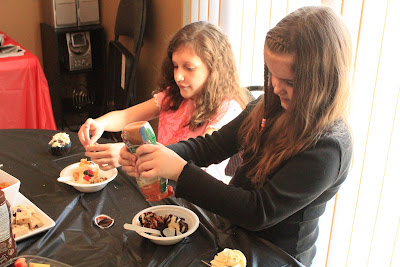 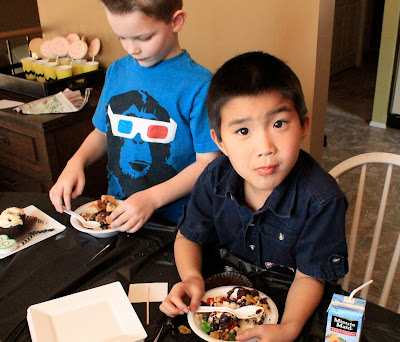 To balance out the sugar I also had some fruit, which thankfully they ate.

I made cookies to look like newspaper/comics. I probably should have done boxes like in the actual comics, but I already did the squiggles when I thought of that. 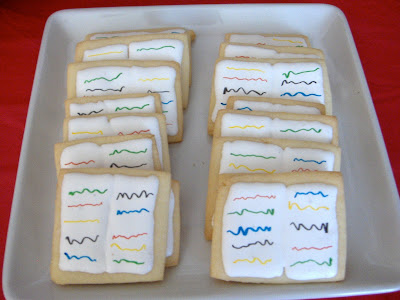 I made treat cones on a stick made out of newspaper. I didn't want the grease from the caramel corn to seep through the paper so I lined them with waxed paper which worked great. (sorry for the blurry picture, I couldn't seem to get a good one!) 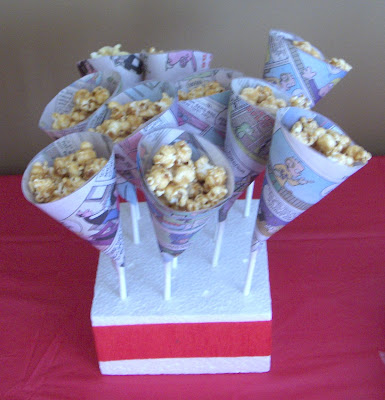 After eating, we took them outside to demolish the Hagar the Horrible Pinata that I made. Let's take a minute to admire him. 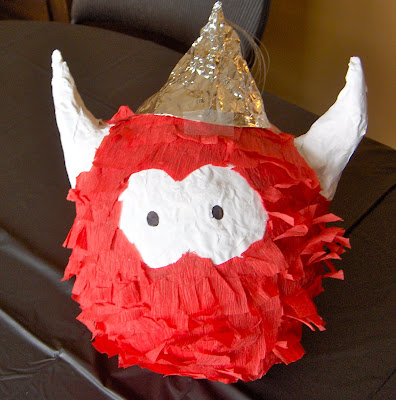 He's probably one of my favourite parts. I dreamed him up months ago and feared that he would turn out way different than how my head imagined him, but he turned out just as I had hoped. I did 4 layers of newspaper paper mache and on the second layer I made the horns out of tinfoil and finished the last two layers including them in the mache. Then I painted the whole thing and drew in the black of the eyes with marker and covered the red parts in streamers that I then snipped to be more beard-like.  I threaded the fishing line through the tin foil hat that I taped on after I filled him with chocolate coins (they seemed the most viking-esk kind of treat). 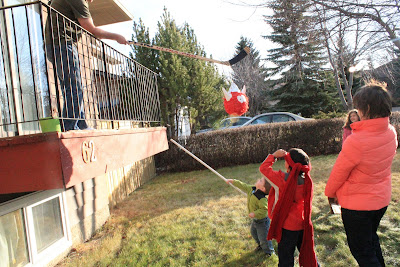 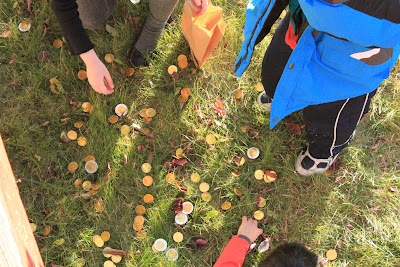 After they demolished the pinata, Nathan opened his presents and they all posed for pictures. A nice one: 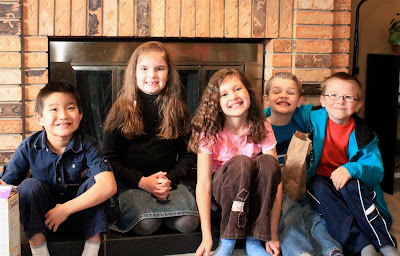 And a crazy one: 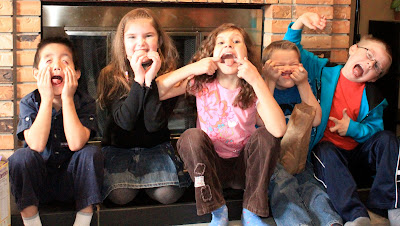 For favours I sent them home with Charlie Brown cups (my other favourite thing). I took yellow cups and drew the zig-zag of his shirt on the bottom with sharpie, filled them with peanut m&m's and then made Cookie Pops to look like Charlie Brown's head. I drew on his face with the edible markers. 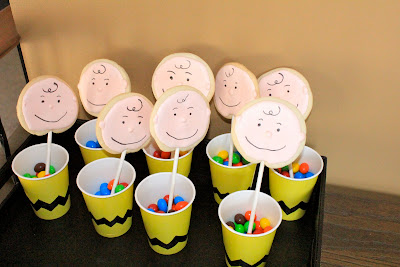 The kids seemed to have fun and of course, I had so much fun putting it together!

Happy Birthday Nathan! Thanks for letting me do your party! 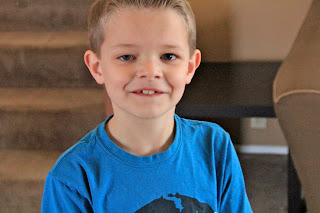 *Pictures mostly courtesy of my brother, since I had no time for picture-taking.