Under the Sea Party

This past weekend my little Premie turned Two! I can't believe the time has flown by so quickly. One thing I love, Love, LOVE is birthday parties. I literally spend all year gathering ideas and figuring out exactly what I'm going to do for her parties. I know she won't remember all the little details, but the details are what is fun for me.

This year's theme was Under the Sea. Below is the photo journal of the event as captured by Auntie. Unfortunately I forgot to take a picture of the invite before I sent it out, but here is what I did. You can use your imagination. I cut out sea creatures out of different colours of fun foam, placed them in a medium freezer ziplock bag and added hair gel, died blue and watered down a bit so that everything "swam" under the sea. Then I typed up the party info onto circles (bubbles, you know!) and I attached on the bag. 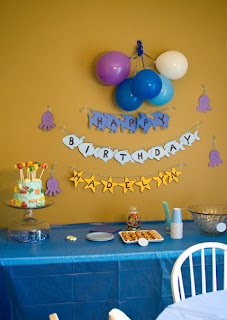 Below is the cake that I made. This was the easiest cake I have ever decorated. It's a layered chocolate cake, but the top layer is a foam circle to hold the fish pops. All the other fish creatures are just chocolates. TIP: if you're making a cake like this, prepunch the holes in the foam for the sticks of the pops, then ice the top of the foam, put in the cake pops and then place it on the real cake, then ice the sides. 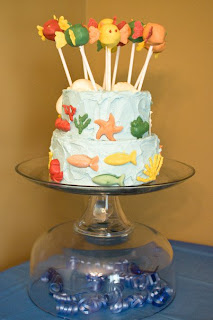 Here is a close up of the fish cake pops. For the recipe for the cake pop go here. 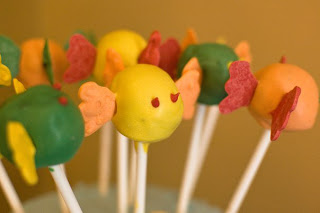 "Ocean Water" punch. It was a little sweet, but I couldn't find the little packets of unsweetened kool-aid in blue, so I had to go with sweetened. I didn't add the extra sugar in the recipe, but I think I still could have cut it down more. For the recipe go here. 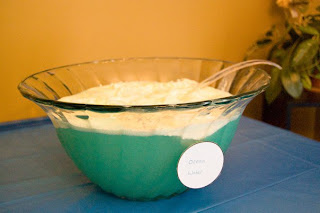 The hardest part of these was finding a little cookie cutter. I found it as part of a kids baking/play dough set at a dollar store. The birthday girl's favourite food is cheese so it would not have been a complete meal without some. 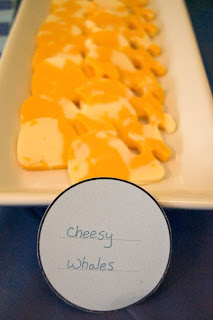 I meant to take a picture of one of the Octopi on top of the mountain of cheesy shell noodles, but I forgot. 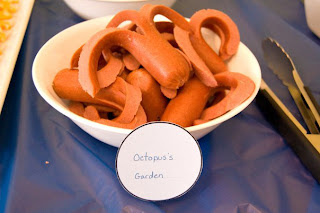 For those who weren't so interested in eating hotdogs...Submarine sandwiches. 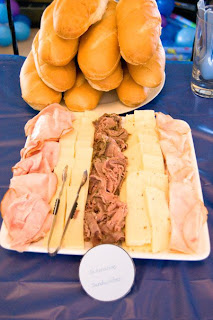 "Seaweed" salad. It was really just a strawberry spinach salad with poppyseed dressing. 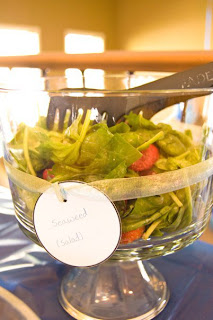 Frozen Bubbles, which are really frozen grapes. I found this idea on another blog. I actually got a few ideas for this party from her. Check it out here. I think I got the fish soap off of her blog too. 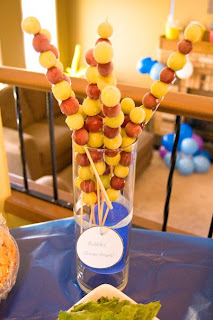 I didn't get a picture of the insides of the treat buckets, but there were individual packets of fish crackers and fish/shark candies, a fish bath toy, and some bubbles. Then the tag on it said: "Thanks for playing with me under the sea so glad you were there to celebrate with me! Hope you had a whale of a time!" 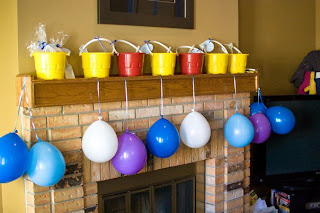 I asked my husband to hang streamers to be the sea (I would have done it but we have a high ceiling and I'm 8 months pregnant, so I guess I wasn't allowed. This is his interpretation. Not EXACTLY what I had in mind, but 2 year olds are okay with it! I didn't get everything put away off the living room floor before this picture was taken, so just look at the ceiling, okay? 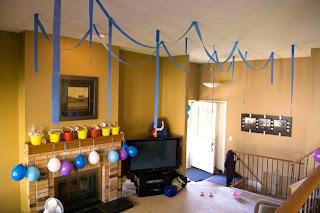 For activities when the kids arrived I had some colouring sheets of fish as well as some paper plates and streamers to make octopus crafts with. The birthday girl was a little overwhelmed with all these people showing up! 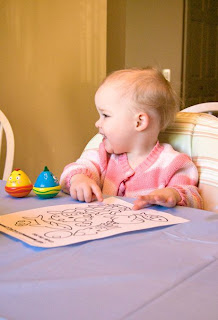 I set up a kiddie pool outside and filled it with different fish toys. Had it been warmer I would have put water in it too, but it was a little too chilly for that, so the kids just played with the toys. And Bubbles! 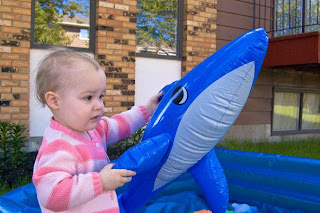 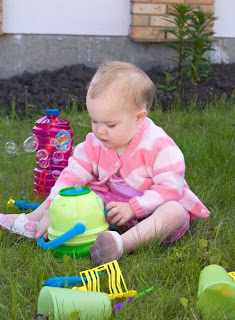 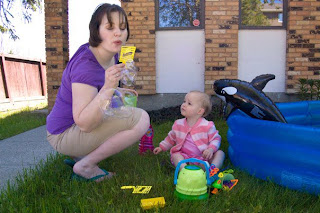 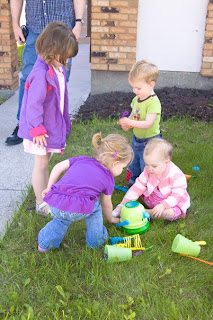 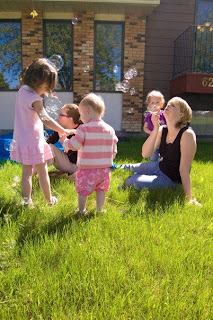 I filled another kiddie pool with balloons (to be the water) and put fish printed on paper with paperclips on in the bottom. Then the kids got "fishing rods" with magnets on the end to fish. This is them doing it and their prize, fish soap! 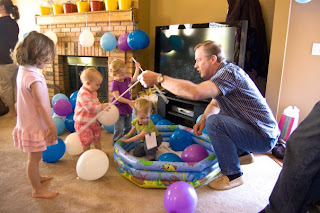 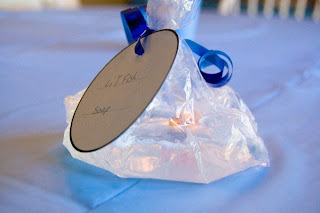 After opening presents hugs were given out. This is the best picture of the birthday girls crab outfit as well. 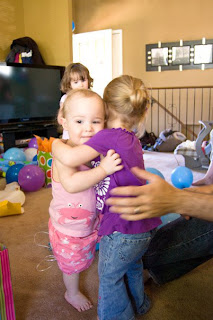 When everyone left we sent them with an octopus balloon. This is all I can make, so don't expect too much in the future! 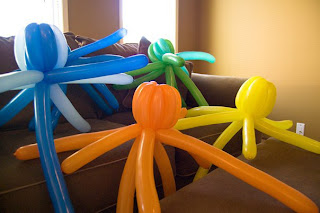 The party was held the day before the actual birthday. Here is the birthday girl on her birthday. So sweet! My baby all grown up! 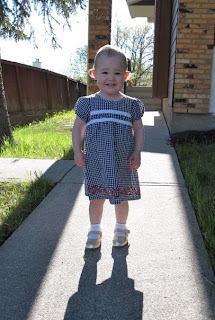